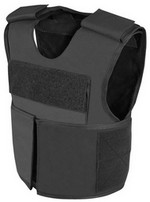 I have several friends working in law enforcement who remind me of the dangers they face on a daily basis.  Thankfully technological advancements have made it possible to be more protected than ever these days.  Bullet resistant vests are one of the best examples of research and development making a direct impact on human life. The work by Stephanie Kwolek in the 1960s and 1970s helped create the protective clothing many of us use today, and the Kevlar she helped invent has saved thousands of lives.

However, as useful as it is, it cannot protect you against everything. It is commonly known that stab proof vests are distinguishable from Kevlar vests, even if they still use Kevlar. It is not commonly known, however, that spike protection cannot be guaranteed with either a bullet proof or stab proof vest, and that protection against pointed weapons like needles or screwdrivers requires protection of its own.

Just as ballistic protection is standardized by the work of the US National Institute of Justice, which grades body armor accordingly, spike protection also has its own internationally recognized standards. These standards come from the UK’s Home Office, which sets out testing standards and grades vests accordingly.

The Home Office Centre for Applied Science and Technology (CAST, formerly HOSDB) is also the world leader in stab protection, which was developed in conjunction with police forces across the world. Interestingly, the need for spike protection came about because of threat to Corrections Officers, who were at serious risk from injury from spiked weapons.

The standards set by the CAST are thorough, and outline exactly how spike protection can be achieved. These standards provide a choice to those needing body armor with three separate levels of protection, each with varying degrees of protection. It should be noted that spike protection is only tested in conjunction with stab protection, meaning that a spike proof vest will protect you from the corresponding stab threats. However the reverse is not true.

The lowest level of spike protection is designed to be worn for the longest periods of time, in low-risk environments, and can naturally not stop the same strengths of attack that higher levels can. The highest level of spike protection, on the other hand, is capable of stopping far stronger attacks, at the cost of wearability and comfort. However, the materials used in these vests are becoming lighter and stronger than ever before, making spike proof vests increasingly wearable.

As mentioned above, the testing standards for spike protection are rigorous, and outline exactly what speed, weight, and strength of attack vests can protect against. Spike protection testing uses a total of 10 separate spikes that weigh 1.9kg each. These missiles are fired into the appropriate materials backed with a special composite. They are fired at different velocities and different energy levels. The resulting protection levels are explained below:

In addition to this range of testing, any female body armor that requires spike protection must undergo more impacts, at different points on the materials. This is to ensure that the different shape of the armor does not negatively impact its protective capabilities. 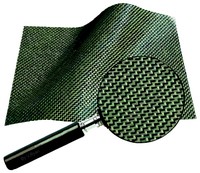 Spike protection is similar in many ways to stab protection; it uses hard materials like plastic in addition to soft fabrics like Kevlar. The Kevlar in the vest allows it to absorb some of the energy of an attack, whereas the plastic- usually laminated on to the Kevlar- provides a tough surface to stop penetration. Spiked weapons can pass between the fibers in Kevlar, penetrating significantly and injuring the wearer. This tough plastic coating prevents that, and has the benefit of staying lightweight and thin.

It is important that anyone who needs protective clothing understands the different options available to them in order to protect themselves properly. This is largely a matter of preparation, as only the individual can decide what protection they will need, and this must reflect the most likely threats they will face. However, it is usually recommended that if the situation requires knife protection, spike protection should also be considered necessary. This is because the overlap between edged and spiked weapons is great, as is the potential damage that each can cause.  So, take care of yourselves and stay safe folks!